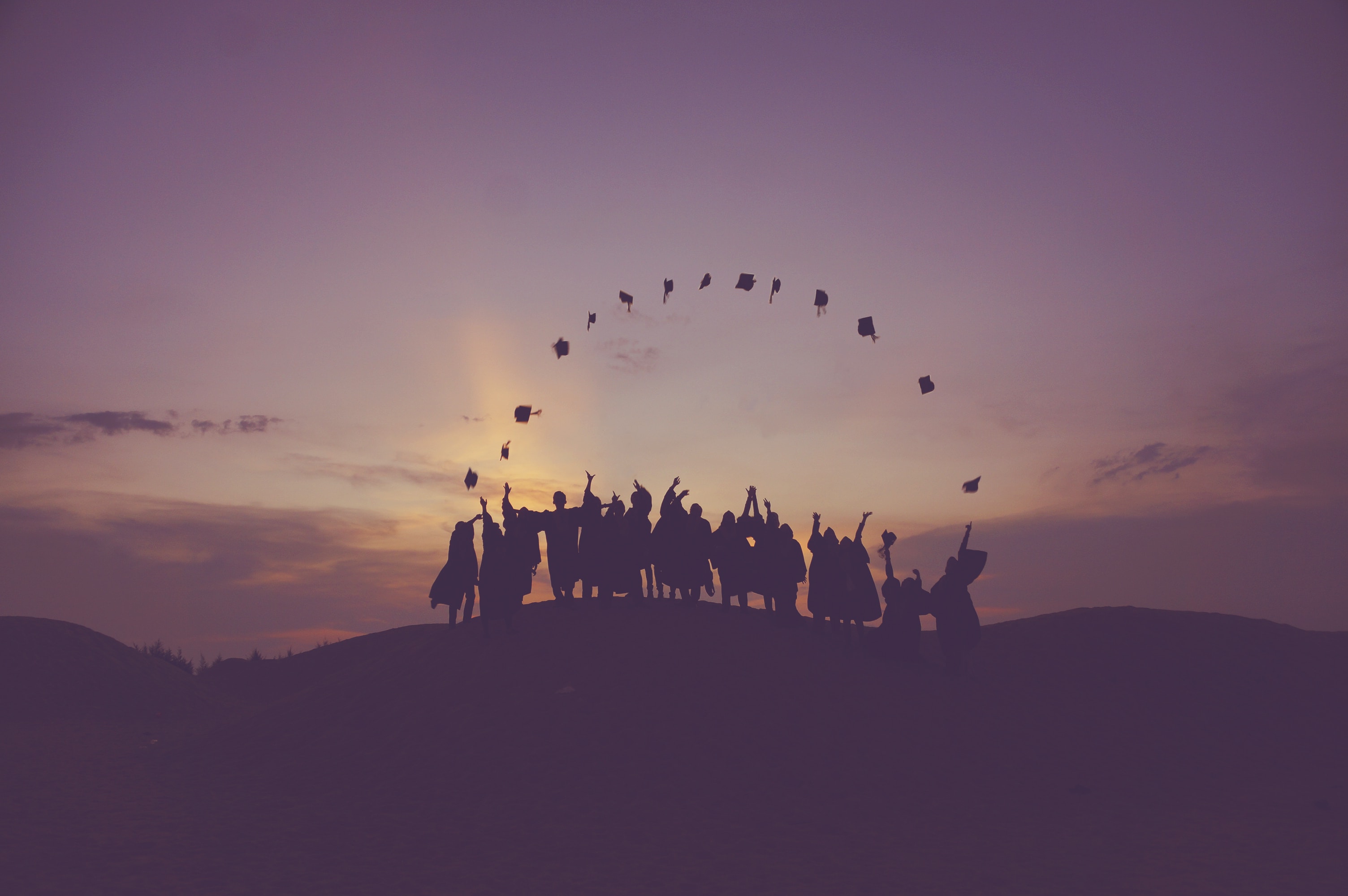 I am deeply concerned about what is happening with domestic violence services in the United States. There’s been an alarming increase over the past ten or so years in the number of women who are reporting bad experiences with programs to me and to people I work with.

I don’t know how much these trends are also occurring in other countries; I hope that readers will comment about their observations around the world.

Today I’m going to write a summary of my key concerns. I’ll then follow up with another post offering more detail and, more importantly, proposing solutions to all of these problems.

I want to emphasize, before I dive in to the core of this post, that there are domestic violence programs all over the country that continue to do a terrific job. Please keep that in mind as I discuss the worrisome direction in which services are moving. Be aware also that many of the changes I’m describing are actions that funding sources are now requiring programs to take, and that occasionally involve new laws that are requiring programs to take these actions. These restrictions can put programs in difficult positions as they try to figure out how to keep providing the services they believe in providing. 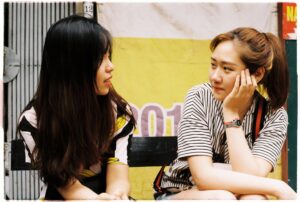 WHAT IS MOST DISTURBING ME IN OUR TIMES

The seven problems I describe below are ones that I have been encountering with mounting frequency and severity across the continent, beginning to be noticeable perhaps as much as ten years ago but becoming more so with each passing year.

1)  Staff who are not adequately trained and informed

Women are reporting to me times when:

staff recommended that she attempt to talk certain issues through with her abuser (!!)

and many, many other similar examples. Current training of staff in many locations is inadequate. I’m finding this especially likely to be true in places where the domestic violence services are being offered by an agency that was not created to serve abused women, but rather that decided later in its existence to add domestic violence services to what it already did.

There are now typically specific educational requirements for program staff, such as a college degree or even, fairly commonly, a master’s degree. These standards may seem like a good thing on the surface, but they aren’t. These hoops have done nothing to strengthen the preparation of program staff; in fact, I’ve seen the problems with errors by staff increase over the years that these kinds of requirements have been spreading.

The issue is that there is nothing (yup, nothing) that you learn in college or graduate school that helps you be a better advocate for abused women. Schooling is almost entirely irrelevant. You need an extensive body of specialized knowledge that you can only get from studying domestic violence itself; and that means by being trained by a high-quality, knowledgeable program. And, even more, you need to view and treat abused women as your equals, approaching them with complete respect; and professional training makes you less likely to do this, not more so.

The actual effects of requiring the professionalization of the staff are:  a)  Making it much harder for survivors to get jobs as advocates — and survivors are our most valuable advocates; b) Leading hiring decisions to be made based on the wrong qualities in the applicant, c)  Contributing to programs being staffed by personnel who consider themselves superior to abused women and who don’t understand what abused women are actually up against; d) Causing important divisions by social class, because abused women come from all classes but professionals are much more likely than other people to have grown up with privileges.

In short, the problems I described in #1 (and that I’m about to discuss in #3) are not in any way being helped by professionalization of the work; in many ways, they are being made worse by it.

3)  Lack of respect for clients

I hear more and more cases where program staff are talking down to their clients, scolding them, dismissing their experiences (especially their bad experiences with other agencies or providers), and perpetuating myths about abused women. Battered women who flee to shelter often find a list of rules that they have to follow in the shelter that feel as restrictive as living with the abuser did.

Many programs are discouraging survivors from taking leadership, telling them that they aren’t ready to do public speaking about their case, or to help with a support group, or to go protest at the legislature. There is a failure to trust the judgment of survivors about what they’re ready to take on.

One of the deepest principles of the battered women’s movement was that abused women were to be viewed with respect and equality. They were to be seen as women who had experienced a particularly virulent form of oppression, and therefore needed support, options, concrete assistance, and a way to feel part of a movement of people who are fighting back against the system that feeds that oppression. This meant that abused women were to be considered the experts on their own circumstances and their own lives, and were to be assumed to be the only ones in a position to really know what they needed to do.

This original, liberating outlook, although it has not completely vanished from domestic violence work, has faded to a disturbing degree.

The most common problem that’s arising in this category is that abusers are running around to domestic violence agencies claiming that they are the victim, and then when the abused woman tries to get help from the program, the program informs her that they can’t help her because they are already serving him.

The fact that men can also be victims of domestic violence does not make it in any way a good idea for the same programs that serve female victims to also serve males, including any biological male even if he identifies as a female. Separate services — at separate agencies — need to be created for people in these categories in order to avoid the serious repercussions that are coming to abused women from current policies.

Some domestic violence programs appear to be more invested in defending their funding than in making sure that abused women are getting the support and services that they need. One of the sharp ways in which this comes out is to observe what happens when survivors decide to start their own independent support groups for abused women. Rather than domestic violence programs being eager to support these efforts by referring women to them and offering spaces where the groups can meet, they are often responding with criticism and superiority (“you aren’t qualified to do this”) and with turf-defending reactions (“you’re offering your group in an area that we already serve”).

We all know that we need far more services for abused women than currently exist (especially with the past 15 years of budget cuts), and that survivors can lead their own groups to great effect. Survivors and their allies who, for example, decide to create independent groups using the Nurtured Parent model (which is specific to domestic violence) and/or the Peak Living Network principles (which are not specific to domestic violence), should meet with full support from existing programs.

The greatest domestic violence nightmare of our times is what is being done to abused women and their children by the custody courts, which have become enthusiastic enablers and abettors of domestic abusers and of child sexual abusers. Thousands of women and children are having their lives destroyed by the deliberately oppressive conduct of the custody courts. Few domestic violence programs are speaking out publicly about these atrocities, and there aren’t even many who know what to advise women who are in custody litigation with abusers. Very little (close to none) of domestic violence funding is going to pay for lawyers for abused women who are threatened with loss of custody of their children to the abuser.

7)  The disappearance of the battered women’s movement

The results of the loss of this movement are disastrous. The language of human rights and women’s liberation has almost vanished from domestic violence work. Arrests of battered women are skyrocketing across the country over the past five or more years, and there is no well-organized movement to stop police from doing this, so it’s just continuing to balloon. No national organized force is challenging the corruption in the custody courts (though many amazing groups and individuals are doing what they can in fighting in their own areas, and they certainly keep striving to build a national movement).

One of the highest priorities of current work is to bring the social movement aspect of our work back to life.

I know that what I’ve written here is going to upset many people, and they’ll be angry at me for putting these concerns out there. But we can’t solve a problem that we aren’t facing. Besides, it’s been my deep commitment for over 30 years to listen to abused women carefully and believe what they’re telling me; the listening and believing that I’ve done is the reason for the success and impact of Why Does He Do That?. I’m not going to be silent now about what dozens and dozens of abused women across the continent are reporting to me.

I have the utmost admiration and respect for the women and male allies who work in the domestic violence programs with commitment, respect, and determination. But that can’t be a reason to not talk about all the opposing trends happening within domestic violence work.

I’ll follow this post up soon with some further comments regarding the above seven concerns, and then a bunch of proposed solutions for where we go from here. Please join this discussion by commenting, we need this to become a large dialogue.

Photo credits in order from top:

Photo by Baim Hanif on Unsplash

Photo by Trung Thanh on Unsplash

Photo by Leighann Renee on Unsplash

Photo by Loren Joseph on Unsplash

Photo by Vlad Tchompalov on Unsplash

Lundy Bancroft’s new book is The Joyous Recovery: A New Approach to Emotional Healing and Wellness, published this past May.

An Adult Brother and Sister Talk About Growing Up With a Dad Who Abused Their Mother
April 4, 2019
56 Comments
Leave Comment 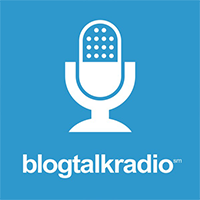