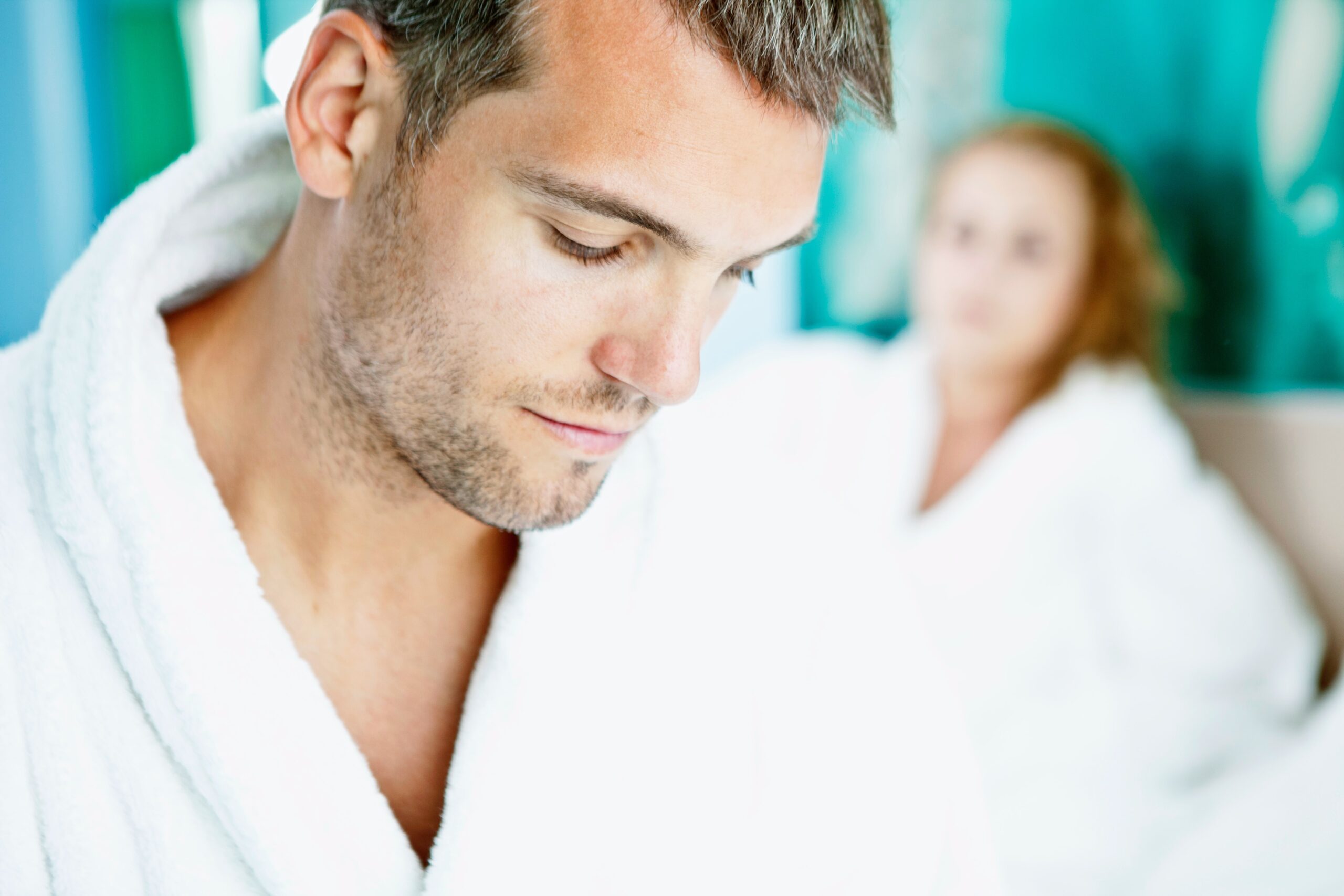 Men who abuse their partners are seizing on the latest excuse, and running off to bed with it: Sex Addiction. Yes, suddenly lots and lots of abusers are declaring that they aren’t perpetrators, they’re victims. They say they’re trapped in an addiction, helpless over their behavior, driven by a deep compulsion that is beyond their control. They don’t deserve criticism, they deserve compassion, understanding, and help.

Don’t get me wrong – I’m not saying that sex addiction isn’t a real thing. I’m saying these guys are not real sex addicts.

But first let me say what men I’m talking about today. They fall into two groups (and some guys are in both).

This style of abuser cheats over and over again on his partner. Over time it can be three different women, or thirty, or more. This behavior is often combined with chronic use of pornography. Some of the women he had sex with may have been prostitutes.

Most women who talk to me about having this kind of partner report that at first they had no idea what he was up to; the man was living a whole secret life, putting on a good show of being a family man – at least in some ways. The woman was in complete shock – and intense emotional pain — when she found out that he’d been having sex all over the planet. And of course she was scared to death about what kind of diseases he might have given her.

I often hear these accounts from women who are seriously religious, and the man claimed to be very religious also. These seem to be Christian couples, for reasons I’m not clear on.

I don’t buy it that this guy’s a sex addict, for reasons I’ll come back to. He’s just a straight-up abuser, and this is his abuse style. (There are many styles of abusiveness among men who abuse women, as I wrote about in Why Does He Do That?.) 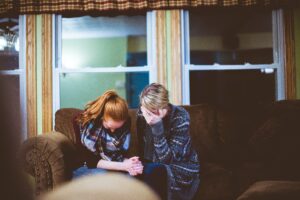 This style of abuser is constantly pressuring the woman for sex she doesn’t want. There are a number of reasons why she doesn’t want it: it’s too often, it feels coerced – meaning she feels pressured into it rather than enticed into it, it shows little regard for her needs or feelings (such as what else she might need to be doing), and it feels too mechanical. What I mean by “too mechanical” is that she doesn’t come out feeling like she’s been made love to; it feels more like she’s been used as some kind of masturbation machine. She feels a little ill, the opposite of feeling sexy.

And this may happen multiple times per day.

This guy may genuinely be a sex addict. But he’s also an abuser. And furthermore his abusiveness is the more serious problem, and is playing a much bigger role than his addiction in why he is treating his partner in this way.

I should add a subcategory here: there’s a type of Group Two guy who is all over his partner for sex early in the relationship, but then swings to the other extreme and loses almost all sexual interest in her. That extreme doesn’t feel good to the woman either, of course.

(I suspect that the guys in this group end up doing a lot of cheating eventually too, like the guys in Group 1. I’d be interested to hear your experiences of whether this is true or not.)

Here are some key points that apply to both groups:

Point One: The men in both of these groups can’t deal with women as actual human beings – at least not where intimate contact is involved.

What this man is calling “sex addiction” is actually the fact that he sees the women he has sex with — and the ones he dreams of having sex with — as objects. They’re things to him, not people. (He may even see all women as objects, not just the ones he pursues for sex; but this varies among different abusers.)

Ask yourself about your partner (or about your ex, if you’re no longer with him):

Does he really see me?

Can he really connect with my emotions, my difficulties, my strengths, my ambitions?

Or does he really just see me as a role (which usually mean the role of wife and mother)?

Or maybe I’m just a body to him, almost like a blow-up doll? 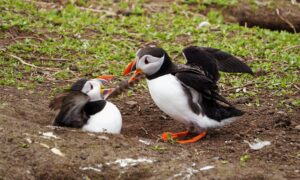 Genuine addicts are reluctant to accept the fact that they’re addicts. It’s a long process to get to the point of acceptance, and to finally start going for help.

So when people grab the “addict” label easily, maybe even eagerly, that’s a big sign that something other than addiction is going on. People who get caught committing crimes, for example, may be happy to say, “Oh, yeah, I’m a drug addict,” to get the legal system to go easy on them. (There are genuine addicts who get caught up in criminal behavior, but that’s not what I’m talking about.)

When a man is finally caught and called out for cheating on his wife repeatedly, perhaps even dozens of times, he grabs the “sex addict” label with gusto – especially if he’s part of a church and needs to find a way to save face with that community. He’s not a huge hypocrite, see, he’s a sex addict. (How convenient!)

There’s a similar reaction from the man who pressures his partner for sexual services five times a day and she finally puts her foot down; he loves to claim helplessness.

This style of abusive man sometimes succeeds in this way to get the surrounding community to feel sorry for him. Since the woman is bitter and mistrustful – as she absolutely should be – the community starts to look at her as someone who lacks compassion, and they say she lacks faith in people. Once again, the abused woman ends up being defined as the problem.

And these men sure love going to groups where they can meet women who are sex addicts. They’re similar to people who go to AA or NA to find party buddies and connect with people who can help them obtain narcotics (and those people exist).

Point Three: The surrounding community underestimates how crushingly painful these behaviors are to the woman.

People seem to adopt the following outlook towards the woman who has been the victim of this supposed “sex addict” behavior: “Well, it’s not like he was hitting you or calling you terrible names. He wasn’t abusing the children. It could have all been so much worse. And now he’s getting help.”

But cheating on a partner is one of the meanest things you can do. People remain in pain for months or sometimes years about affairs that their partners have had. Now try to imagine finding out that your partner has been cheating all over the place, maybe more times than he can count. Women describe the experience as excruciating – as painful as any other form of mental abuse you can name. The perpetrators should be considered vicious abusers, not victims of an inner drive that they weren’t responsible for.

People aren’t making a serious effort to imagine the woman’s experience, and they need to do so. If they were in her shoes they’d hate it just as much as she does, but they’re convincing themselves they wouldn’t. 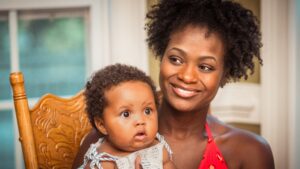 Point Four: An addictive behavior involves overdoing something that is fine when it’s done less frequently – and that clearly does not apply here.

Cheating on your partner is totally wrong the first time. There’s no such thing as being a “moderate cheater.” No one can say, “I’m unfaithful to my partner responsibly, I don’t do it to excess.” Ditto for the man who hounds his partner into unloving, mechanical sex, making her feel used; he can’t say, “At first it was fine that I bullied her into sex because I didn’t do it that often, but then the habit it got out of hand.”

It doesn’t make any sense to call something an addiction that was completely unethical and selfish from the very beginning. (That’s why we don’t treat serial killers as “murder addicts.”)

And even in cases where the man may genuinely be a sex addict – which isn’t common among cases I’ve dealt with – he’s still an abuser too. That abusiveness is going to show itself in other aspects of how he treats women in relationships. And it will show up in his treatment of past partners, such as his efforts to destroy the reputations of his exes who are blowing the whistle on him.

One last point: If the Group 1 type (the chronic cheater) is such an out-of-control sex addict, how come he has so little sexual interest in his partner? And even the Group 2 type often loses all desire for her after a while.

The real issue isn’t addiction; it’s that sooner or later he’s confronted with the fact that his partner is an actual human being. And he can’t be sexually aroused by an actual human being, at least not for long. That’s also why men in both categories tend to be so into pornography; they want to just own the woman on the screen, or on the printed page; they can’t deal with a feeling, thinking person with her own needs and preferences and opinions.They’re too sexually exploitative; their orientation toward intimacy is entirely selfish and conquest-oriented, devoid of love and respect. 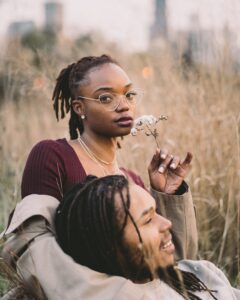 It’s time for communities of all kinds, including faith communities, to stop making excuses for exploitative hypocrites, and start calling it abuse; that’s what it is. Our support and compassion should be directed toward the woman who has been treated this way – and who often has to face the horrible reality that her life has been a lie for many years – not towards the perpetrator. What the perpetrator should experience from us is criticism, consequences, and accountability.

PLEASE NOTE:  I do not include any links to services or companies in any of my blog posts. Anything of that kind you find in a post has been left there by hackers. Please submit a comment if you notice anything inappropriate in a post on this blog. We’ve had repeated problems with hacking by lawyers and pornographers.

Photo by Damir Spanic on Unsplash (man and woman in bathrobes)

Photo by Ben White on Unsplash (women grieving on couch)

Photo by Andrae Ricketts on Unsplash (mom and baby)

Photo by Ricardo Esquivel on Unsplash (couple in field) 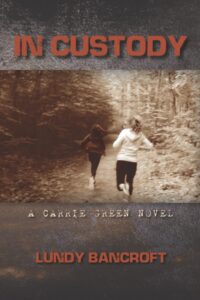 This is the book to give people who don’t get it. They’ll be entertained by humor, romance, and suspense, but by the end they’ll understand a bunch of things you’ve been trying to tell them. (Make sure they read the Afterword, too, where they’ll learn that all the cases the journalist uncovers are true stories.) In Custody is available in paperback and Kindle editions. You can read the first 30 pages free at InCustodyTheNovel.com